Discord is a free application for communication via voice calls and text messages. Initially, it was used only by gamers, but due to its intuitiveness and ease of use, its reach has expanded to other user groups.

Discord uses a server structure and channels similar to Internet Relay Chat, one of the older web services that allow you to talk on thematic or social communication channels. It is available on the following systems: Windows, macOS, Android, iOS, Linux, and via web browsers. 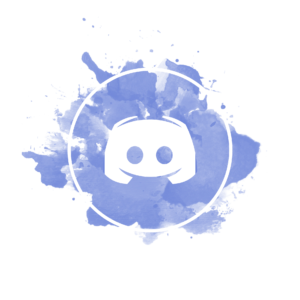 What is Discord for?

First of all: to contact gamers from all over the world. Also, for creators (streamers, YouTubers) to create their community. This is where they can get to know each other, exchange opinions, and share their favorite things.

Secondly: recently, due to the pandemic, it has become a popular tool for remote work and internal communication in the company. Users can create their own server. Then, on this server, they create text and voice channels. These forms of communication are the core functionality of Discord.

The channels can be freely modified by editing their visibility or availability. The feeds also can be grouped into different categories, e.g., news. The user can give their channels their preferred name, even though someone else may have the same name. It’s all thanks to the four-digit “discriminator” preceded by the “#” sign after the username (“name” # 1234). This also helps you find friends easily and quickly.

Discord allows users to connect their channel to a Spotify, YouTube, or Twitch account (streaming platform), or another gaming service account. These integrations provide unique messaging tools within the app. For example, Discord can show the game that the user is currently playing.

Apart from the free version of the Discord application, it’s also possible to buy Discord Nitro. This extension adds more emoticons, enables you to set a GIF as a profile photo, and offers a larger file transfer limit. 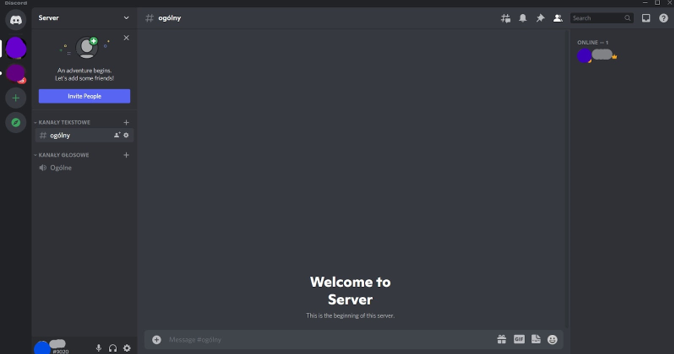 Basic information and statistics on the number of Discord users

According to statistical data on InfluencerMarketingHub, from 2017 to 2021 Discord managed to collect 350 million registered users. Further, in 2021 there were 150 million monthly active users.

The pandemic has had a big impact on the development of Discord. The most significant increase took place in 2020. 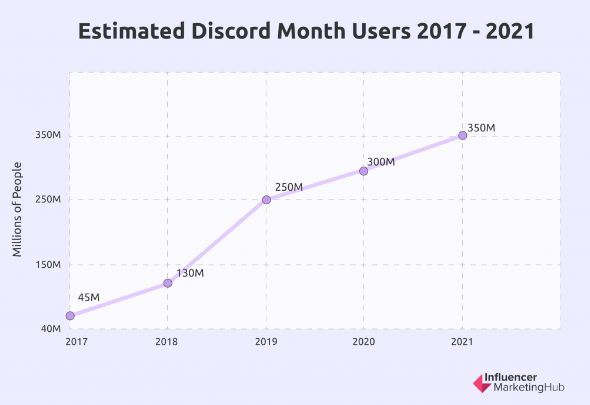 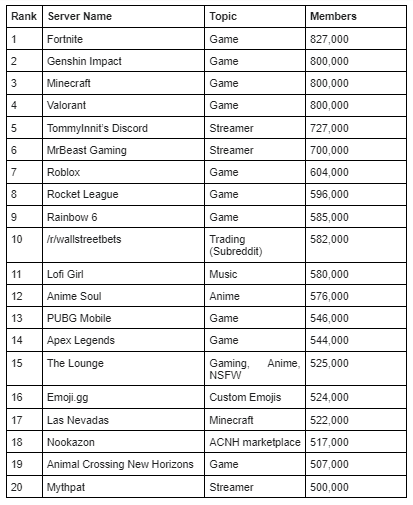 As part of our collaboration with a client from the blockchain area, we dealt with servicing his Discord server and moderating the discussions. Our activities included not only the conversation management itself but also the preparation of the server structure from the technical side and the transmission of current information on a specially prepared channel.

We started our activity with the preparation of the server. As part of this, we created introductory channels, including channels for discussion, and asking questions about the project. In addition, we also created places where we provided information about the client’s activities.

These channels were then modified and developed according to the needs of the community. At the moment of starting the activity, the client prepared to issue his tokens and place them on exchanges. Therefore, the information channels were separated into those with general news and those focused on current activities.

In addition to the structure itself, we also implemented bots that enabled automatic answering of frequently asked questions, basic moderation based on forbidden words, as well as verification of users joining the server. This permitted the smooth start-up of the operation and greatly facilitated our work in the later stages.

After organizing the basics of the server, we started inviting new members and communicating with them. At the very beginning, there were many basic questions that were often repeated. Consequently, they were transformed into a collection of FAQs (Frequently Asked Questions). This collection was then also used by bots that automatically answered questions based on keywords.

As the situation developed, the questions became more specific. In order to answer them correctly, we kept in touch with project representatives who provided us with all the information we needed. 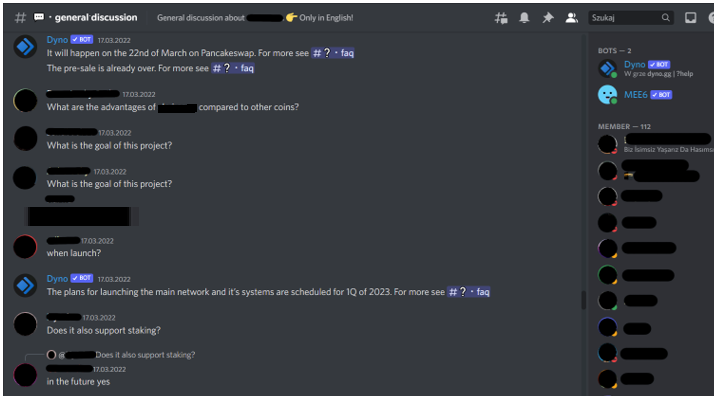 When the issue of tokens ended, the situation on the server calmed down significantly. This does not mean, however, that the service was not necessary, quite the contrary. There was a clear need to shorten the distance and improve communication with the community.

To this end, we decided to create a special role for the most deserving and active members – a community moderator. Of the server members, two were selected who are not only active but also have a lot of knowledge on the subject of blockchain. These people then collaborated with us to keep other users informed of the ongoing progress. We also emphasized that these people are not directly related to the project, therefore their messages should not be treated as the official position of the project. Their answers were subject to constant monitoring and possible correction of the information provided. Such a procedure allowed us to improve our work.

The client was satisfied with our involvement in the project and the results of the operation. This resulted in an extension of our working together.
So, we continue to stay in touch with the community on a daily basis by answering questions and conducting discussions. In the future, we expect an increase in activity and interest in the server, along with the development of the project itself.

This website uses cookies to improve your experience while you navigate through the website. Out of these, the cookies that are categorized as necessary are stored on your browser as they are essential for the working of basic functionalities of the website. We also use third-party cookies that help us analyze and understand how you use this website. These cookies will be stored in your browser only with your consent. You also have the option to opt-out of these cookies. But opting out of some of these cookies may affect your browsing experience.
SAVE & ACCEPT